Pain that is caused by mechanical deformation of structurally impaired soft tissues which is felt when this abnormal tissue is loaded.

Definition: Active and passive movements produce or increase symptoms and are restricted in the same direction and at the same point in the range.

In every joint there are positions in which looseness or or slack in a capsule & ligament and allow small, precise movements of joint play to occur as a consequence of internal & external movement forces on a body.

The purpose of joint mobilization is to restore normal, painless joint function.

Traction (separation) is a linear translatoric joint play movement at a right angle and away from treatment plane. It is often done using ropes, pulleys and weight. These tools help apply force to tissues surrounding the damaged area.

1.Skeletal Traction: Involves placing a pin, wire or screw in a facilitated bone. The force is directly applied to bone which means has less risk of damaging.
2.Skin Traction: Skin traction is for less invasive than skeleton traction.
3.Cervical Traction: During cervical traction a metal brace is applied around your neck the brace is then attached to body harness or weights which are used to help correct the affected area.

It is a linear translatoric movement at right angle to and toward the treatment plane. Compression presses the joint surfaces together. Joint compression can be useful as an evaluation technique to differentiate between articular and extra-articular lesions.

Moderate movements of large amplitude done through available range of motion and into the resistance, primarily used to increase motion.

Contraindications to joint mobilization are relative and depend upon many factors including: 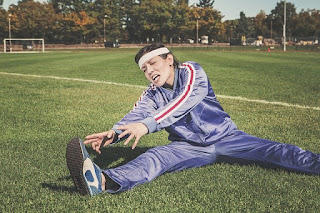 With smaller passive movements in joint with little range of motion as the spinal segments, test range of movement first with more rapid oscillatory movement that do not require stabilization neighboring joints. If these oscillatory tests reveal restrictions or sympathetic areas, follow up and stabilization of adjacent joints.

Measuring With a Device:

The amount of active or passive range of movement can be measured with an instrument such as goniometer, ruler or other device for example distance of the finger tips and floor as a measurement of standard rotatory spin and hip movement. Hyper mobility and hypo mobility are only pathological findings if they are associated with symptoms.

Positive symptom provocation or alleviation tests if associated end feel is pathological.Normal end feel is usually due to some congenital structural anomaly.

Warning: Division by zero in /home/rr9dvfu6mcyu/public_html/wp-includes/comment-template.php on line 1459